Our goals are to help you purchase the right home, make sure you don’t miss out on any homes that meet your needs, and make sure you don’t pay too much for your next home. Please utilize our Broward County, Florida real estate expertise to make your home search and buying experience as stress free and rewarding as possible.

We utilize the latest, cutting-edge, real estate marketing tools to get your house aggressively marketed to sell as quickly as possible and for the best price! Our goals are to help you get your Broward County, FL home sold, put you in the strongest negotiating position as possible, and to make it easier for you and reduce surprises.

Broward County is a county located in Southeast Florida. It is the second-most populous county in the state of Florida and the 17th-most populous in the United States, with over 1.94 million inhabitants as of the 2020 census. Its county seat and largest city is Fort Lauderdale, which had over 180,000 people in 2020.

Broward County is one of the three counties that make up the Miami metropolitan area, which was home to 6.14 million people in 2020. It’s also one of the most ethnically diverse counties in the entire country.

The county has 31 municipalities (including 24 incorporated cities) and many unincorporated areas. It’s also Florida’s seventh-largest county in terms of land area, with 1,322.8 square miles (3,426 km2). Broward County’s urbanized area occupies 427.8 square miles of land. The largest portion of the county is the Conservation Area that extends to the county’s Western border. The conservation area is 796.9 square miles and consists of wetlands. At its widest points, the County stretches approximately 50.3 miles east to west and approximately 27.4 miles from north to south, averaging 5 to 25 feet in elevation.

The earliest evidence of Native American settlement in the Miami region came from about 12,000 years ago. The first inhabitants settled on the banks of the Miami River, with the main villages on the northern banks.

The inhabitants at the time of first European contact were the Tequesta people, who controlled much of southeastern Florida, including what is now Miami-Dade County, Broward County, and the southern part of Palm Beach County. The Tequesta Indians fished, hunted, and gathered the fruit and roots of plants for food, but did not practice any form of agriculture. They buried the small bones of the deceased with the rest of the body, and put the larger bones in a box for the village people to see. The Tequesta are credited with making the Miami Circle.

Broward County was founded on April 30, 1915. It was intended to be named Everglades County, but then-Speaker of the Florida House of Representatives Ion Farris amended the bill that established the county to name it in honor of Napoleon Bonaparte Broward, governor of Florida from 1905 to 1909. Throughout his term as governor, Broward championed Everglades drainage and was remembered for his campaign to turn the Everglades into “useful land”. This opened up much of today’s urban Broward County for development, first as agricultural land and later as residential. A year before Broward became governor, Dania became the first incorporated community of what is now Broward County, followed by Pompano in 1908, and Fort Lauderdale in 1911.

In 1915, Palm Beach County and Dade County contributed nearly equal portions of land to create Broward County. Dixie Highway was also completed through Broward County in 1915. In 1916, the settlement of “Zona” was renamed Davie in recognition of Robert P. Davie, a land developer who purchased a great deal of reclaimed Everglades land.

Broward County began a huge development boom after its incorporation, with the first “tourist hotel”, in Fort Lauderdale, opening in 1919. A year later, developers began dredging wetlands in the county to create island communities.

The year 1925 was considered the peak of the Florida land boom with Davie, Deerfield, Floranada, and Hollywood all being incorporated. By 1925, the boom was considered to have reached its peak, but the 1926 Miami hurricane caused economic depression in the county. In 1926, the Hollywood Seminole Indian Reservation (formerly “Dania Reservation”) was opened. In 1927, Lauderdale-by-the-Sea was incorporated. In 1928, the Bay Mabel Harbor (now the Port Everglades channel) was opened. In 1929, Merle Fogg Airport (now site of Fort Lauderdale-Hollywood International Airport) was dedicated. In 1939, Hillsboro Beach was incorporated. Gulfstream Park also opened in Hallandale in 1939.

The county saw another population and development boom post-World War II when the transformation from agricultural to urbanized residential area began. In 1947, Pompano merged with beach area to form the present day City of Pompano Beach.

In 1946 Dr. Von D. Mizell and black business owners petitioned the County Commission to make a county beach available to African Americans; at the time the beaches in Broward County, as elsewhere in Florida, were for whites only. Eight years later a beach, today Dr. Von D. Mizell-Eula Johnson State Park, in Dania Beach, was made available, but there was no road to it until 1965. In the meantime, Mizell and Eula Johnson, with supporters, deliberately violated the law on July 4, 1961, by wading into the water on Ft. Lauderdale beach. The legal process set in motion by this incident resulted in the desegregation of Broward County beaches in 1962.

In 1960, the City of Pembroke Pines was incorporated. This same year marked the opening of Broward College (then Broward Community College).

The structure of the Broward County government was signed into law in 1975 with the passage of the Broward County charter. In the same year, the Seminole Tribe of Florida incorporated as a governing entity and began organizing cigarette sales, bingo and land leases that will bring millions of dollars in annual revenue in later years. In 1976, Interstate 95 was completed through Broward County.

On January 19, 1977, snow fell in South Florida for the first time in recorded history. Snow was seen across all of South Florida as far south as Homestead and even on Miami Beach. Snow was officially reported by weather observers in West Palm Beach, LaBelle, Hollywood, and Royal Palm Ranger Station in southern Miami-Dade County.

In the year 1980, the US census reported over 1 million people living in Broward County.

On August 24, 1992, Hurricane Andrew passed through Miami-Dade County, causing $100 million in damage in Broward County and leaving at least a dozen residents homeless as a result of storm related fires. Broward became a base of operations to shuttle supplies to neighbors in devastated Dade County which suffered the brunt of the storm and caused over $25 billion in damage. Hurricane Andrew caused a massive exodus from South Dade to Broward County, filling Pembroke Pines and other Broward communities with tens of thousands of transplanted families.

In the year 2000, the US census reported a total population of 1,623,018. The town of South West Ranches was incorporated this year.

On October 24, 2005, Hurricane Wilma hit South Florida leaving the entire area damaged and causing almost universal power outages. Wilma was the most damaging storm in Broward County since Hurricane King in 1950. Broward experienced wind speeds between 80 and 100 mph (130 and 160 km/h) which endured for about five hours.

In June 2020, following the George Floyd protests, some residents called for the county to be renamed due to Governor Broward’s support for segregation.

Broward County has an average elevation of six feet (1.8 m) above sea level. It is rather new geologically and at the eastern edge of the Florida Platform, a carbonate plateau created millions of years ago. Broward County is composed of Oolite limestone while western Broward is composed mostly of Bryozoa. Broward is among the last areas of Florida to be created and populated with fauna and flora, mostly in the Pleistocene.

Broward approved the construction of Osborne Reef, an artificial reef made of tires off the Fort Lauderdale beach, but it has proven an environmental disaster.

Spirit Airlines has its headquarters in Miramar.

Broward County Schools has the sixth largest school district in the country and the second largest in the state after the Miami-Dade district.

Broward County libraries provide endless amount of resources to the public. For high-schoolers looking to prepare themselves for college, the library offers college readiness & SAT/ACT prep courses. For adults looking to learn computer skills, adult computer classes are also offered. These resources are free of cost, therefore, all it takes is registering to participate. In addition to the many resources offered at the library, bus passes are also sold at most Broward County libraries. If you want to enjoy some of these resources, you can simply download the app to utilize them on the go. There are nine apps available for download: Broward County Library (BCL WoW), Freegal Music, Hoopla, Overdrive, Libby, Axis 360, RBdigital Magazines, Rosetta Stone, and Brainfuse.

Other areas and attractions

Additionally, with 23 miles of beach, Broward County is a popular destination for scuba diving, snorkeling, and droves of young Spring break tourists from around the world.

Construction is underway on a network of recreational trails to connect cities and points of interest in the county.

By late in the first decade of the 21st century, annexation of remaining neighborhoods had stalled. As of 2018 the Broward County Municipal Services District serves seven unincorporated neighborhoods, including six census designated places (Boulevard Gardens, Broadview Park, Franklin Park, Hillsboro Pines, Roosevelt Gardens and Washington Park) and a parcel with a population of 72 in 2018, Hillsboro Ranches. Other areas in the developed part of the county that are not in municipalities include the Hollywood Seminole Indian Reservation, Fort Lauderdale-Hollywood International Airport, several landfills and resource recovery facilities, and other scattered small parcels with few or no residents.

What's Your Broward County Home Worth? 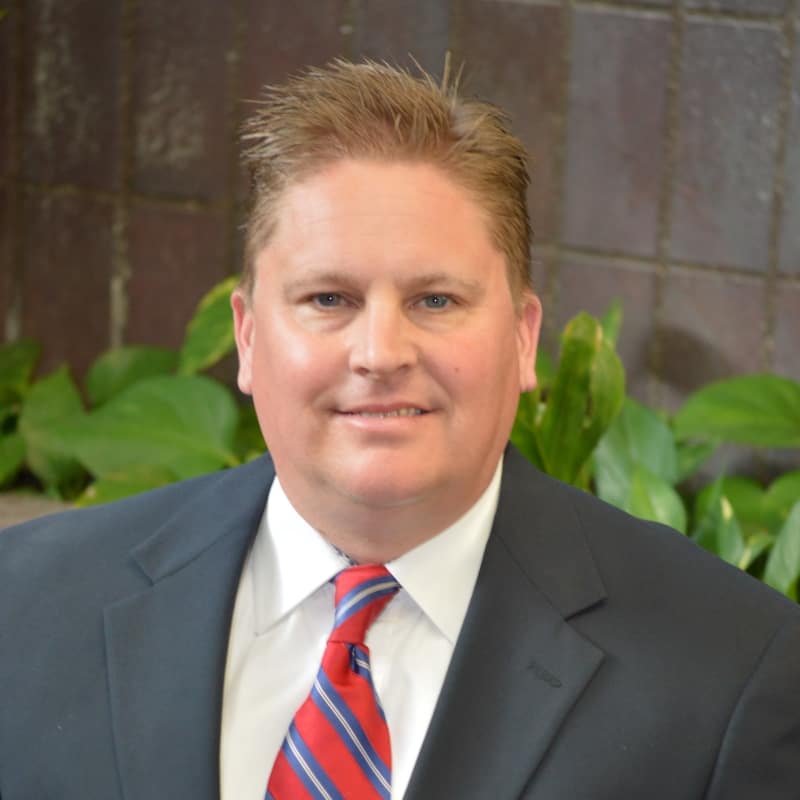